A global trading platform, Saxo Capital Markets UK, asked Luminescence to differentiate its content from the staid and uninventive content traditional within financial services. The brief was for Luminescence to support the firm in launching #TradingDebates, its flagship digitally integrated event through social media marketing, content marketing and social media management services.

The purpose of the #TradingDebates event was to provide a platform for informative, intellectually rigorous discussion among a qualified forum of true ‘thought leaders’. 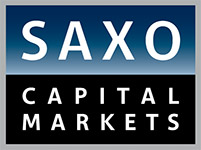 For a highly regulated sector like financial services, the challenge was to ensure the content marketing, including real-time social media content, conveyed complex information in an entertaining, informative and compliant manner. How to drive engagement with a hard-to-reach B2B audience?

We created the content strategy pre-, during and post-event based on key themes explored in the event agenda, and commissioned blogs and white papers as a result. We contributed to strategic decision-making between the key stakeholders, and collaborated in splitting tasks for efficiency.

We created content, including specialist e-Books, to be used as ‘teaser’ content prior to the #TradingDebates event itself, and multi-media from these e-books were shared at the physical event and on social media to coincide with related panel discussion sessions.

The event was hosted at the British Museum in Bloomsbury, London in its auditorium. The event was a range of panel debates moderated by journalists (the event’s media partner was City A.M) and a keynote speaker. A giant Tweetdeck wall was positioned above and behind the panellists, showcasing live social media engagement with the event.

On the day, we worked as part of a three-person social engagement team, using Hootsuite to monitor Twitter engagement across multiple users. Luminescence was responsible for the Saxo Capital Markets UK brand Twitter handle and the CIO’s Twitter handle, among others.

During the event – especially when panel discussions and keynotes were in session – we prompted responses from key Twitter influencers (who had been identified prior to the event day), and promoted the session and event hashtags.

Great care and diligence was taken with regards to compliance, with the inclusion of prominent and relevant disclaimers and risk warnings on all content.

They have supported us in every stage of our value chain from training our teams of financial executives and compliance officers, consulting us on our editorial strategy, writing copy, and executing social media campaigns and events.

Anna and Anna have put together a terrific team and deliver top quality with passion every single time – that is what truly differentiates them from other agencies!”

Our social engagement led to the #TradingDebates hashtag trending on Twitter during the event day, with high engagement from vastly influential people, respected in the financial services

There were 600 event sign-ups, with a 50% attendance rate to the event.

Following the event, our client received excellent feedback about the event from post-event attendee survey:

The social media data provided rich feedback to the Saxo Capital Markets’ campaign team, including preference for topics and attendee suggestions for new topics, which resulted in Luminescence producing new blog posts based on these user ideas.

Based on the success of this event, Luminescence spotted an opportunity to pitch an article to The Guardian – even though PR was not part of our original remit. Luminescence succeeded in securing a commission from The Guardian, and we ghost-wrote the article bylined to Uriel Alvarado, project lead for the #TradingDebates event. The article can be viewed here.

The #TradingDebates campaign was a finalist at the Social Buzz Awards for the Best Social Media Campaign category.

Views on Twitter related to the #TradingDebates hashtag and Saxo event

People Reached Trending on Twitter with a huge organic audience

This website uses cookies to improve your experience while you navigate through the website. Out of these, the cookies that are categorized as necessary are stored on your browser as they are essential for the working of basic functionalities of the website. We also use third-party cookies that help us analyze and understand how you use this website. These cookies will be stored in your browser only with your consent. You also have the option to opt-out of these cookies. But opting out of some of these cookies may affect your browsing experience.
Necessary Always Enabled

Performance cookies are used to understand and analyze the key performance indexes of the website which helps in delivering a better user experience for the visitors.

Analytical cookies are used to understand how visitors interact with the website. These cookies help provide information on metrics the number of visitors, bounce rate, traffic source, etc.

Advertisement cookies are used to provide visitors with relevant ads and marketing campaigns. These cookies track visitors across websites and collect information to provide customized ads.

Other uncategorized cookies are those that are being analyzed and have not been classified into a category as yet.